NO thought given to pattern placement.

I’ve completed another blouse to test out the fit of the Bootstrap Fashion custom pattern concept.  I hope you can see that the fit is quite good from my rather bad photos.  The back shot shows wrinkles because I’m standing funny, but the fit is better in the back since I tweaked one or two of the measurements I put in.

The pattern I chose was a fitted woven blouse with short sleeves.  I’d assumed the lace shown in the drawing was an applique, but rather oddly one is asked to cut some 2″ lace and sew it to the edge you finish.  What that meant pattern wise was that the front yoke and sleeve had a whole bit missing where lace would go.  As I’d not wanted lace I just made new patterns for the front yoke and sleeve, both with mediocre success.  I kind of had to guess on the sleeve width since you aren’t given any measurement for the length of lace you’d supposedly add, and the front yoke should really be redrafted with a front facing piece.  My yoke is a smidge too long making it not lay flat against my clavicle and my sleeve curves are guesses.

The body of the blouse fits will and doesn’t gap at the bust or pull across the shoulders.  I would like to peruse the Bootstrap patterns and try another woven blouse with sleeves to test the fit of their sleeve pattern instead of my guess.  So far my Bootstrap Fashion experiment has been positive, but would be leery about a very complicated sew since the instructions are quite brief.  They make Burda look excessively wordy.

So a good fit on this test blouse made from cotton from the stash.  I shall try another Bootstrap Fashion style to get a handle on their sleeve fit.  Stash diving ahead!  Happy long weekend.

After reading about Bootstrap Fashion on Novita’s blog I thought I’d give them a try.  This site offers patterns that can be customized to your measurements and then you print it out and sew it up.  Potentially no tweaking the fit.  Also the majority of the patterns are about $3.  Not much to lose.

I wanted to try with a basic silhouette to see how my self measuring worked.  I chose Knit Tee with Back Bow since it was pretty straight forward, but had a cute back detail.  I added my measurements, bought the pattern which was emailed to me a few minutes later and I stuck it together and cut it out.  I sewed this up in a few hours total. The only thing to note is that the sewing instructions are pretty minimal and would be of no use to a beginner.  It would make me leery to try a more complicated pattern since the instructions don’t seem to be good.

As you can see, the fit is pretty good.  The shoulders are too narrow but I must have measured my shoulder width wrong.  I’ll go in and adjust this in my saved measurements and I want to try another pattern to see if that helps my fit.  I think a simple woven blouse would be a good test and since it’s only $3 and I use my stashed fabric, I really don’t have much to lose!  Viva technology!

The word around these parts is PT.  I am rehabbing my knee, which seems to be taking forever, but am reliably informed is the normal amount of time.  I am trying to be patient and be a good patient but it’s slow!

To that end I’ve been crafting a bit to take the place of going to work and earning money.  I’ve made tons of pj bottoms that don’t need to be documented since I’ve been making the same pair for years.  The pattern is a tracing off a pair from Old Navy that disintegrated years ago and has been made dozens of times over the years.  My latest two pairs feature flannel prints of London tourist attractions and bunnies in hot air balloons.  Serious comedy.

In the non-comedic sewing category I’ve got a cute Brooklyn skirt from Seamwork Magazine.  The fabric is lighter weight tick weave wool from Stone Mountain that has aged in the stash.  I WASHED and DRIED this fabric before sewing it up and it worked great.  I know, what a crazy idea.  I detest dry cleaning and the fabric is from the magical half price floor at Stone Mountain so I really didn’t have that much to lose by washing it.  The fabric shrunk a little but didn’t seem to mind laundering.  Win for me!  This skirt is a half-ish circle skirt with front pleat and is super easy to sew.  Seamwork instructions are very detailed if you’re not a confident sewist, but this is a four seam skirt.  Not brain surgery.  I hemmed it using some Snug Hug that I had to order online at Zipperstop (who I love btw) and had forgotten how wonderful Snug Hug is.  Rayon seam tape is the new yoga.

As for the old yoga, I’ve found a yoga class that I can do with my bum knee (I am one of the very few in the class who is below retirement age).  I tossed my yoga mat into the back of the Mazda and that works, but that poor mat gets all discombobulated back there with my haphazard driving.  Enter a yoga mat holder of some form gleaned from Lotta Jansdotter’s Everyday Style.  It’s just a deep narrow shopping type bag but it does the job.  And when you make it from some trotting pony fabric it super does the job.  This bag is so easy I made it during two episodes of The Mary Tyler Moore Show.  Now that’s quick.

So now you’re up to speed on my sewing recuperation.  There has been no knitting, but it has been super warm (dare I say hot lately) so no woolly mojo is being summoned.  It’s all about the Bernina.  And ankle weights, but that’s another story for another day.

This work is licensed under a Creative Commons Attribution-NonCommercial-NoDerivs 3.0 Unported License. 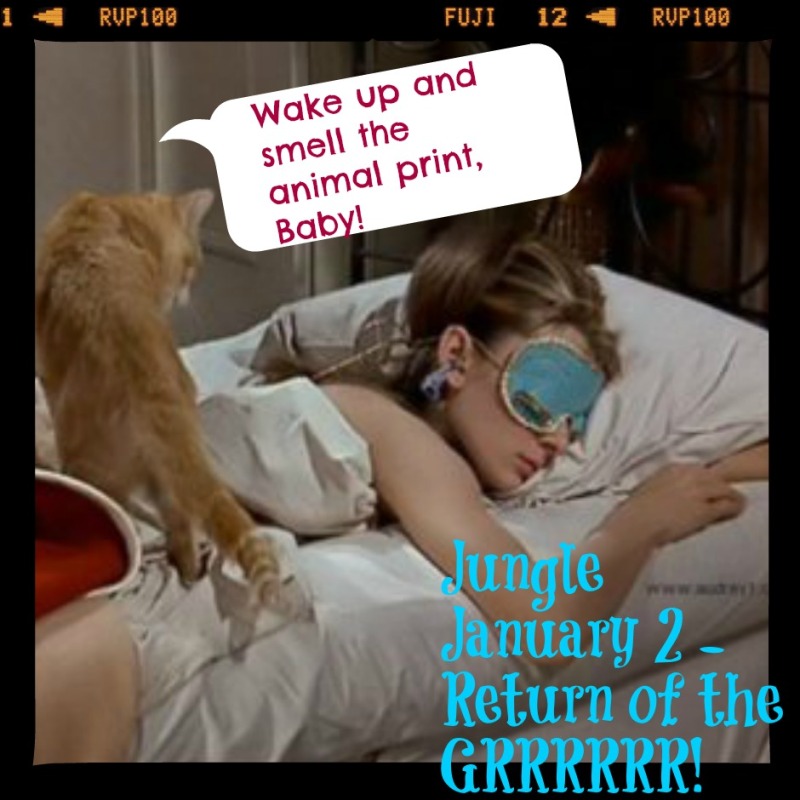